This Stuart no. 9 engine was built from castings. I bought the castings shortly after buying a Drummond M type lathe and expected to quickly learn to use my lathe and build the steam engine.

Unfortunately for the engine and fortunately for me I found that I needed lots of attachments for my lathe such as ball turning attachments etc. in order to make a good job of the engine. Thus this engine formed a self instruction project that also fully equipped my lathe with all the things that a model engineer needs.

The book “The Amateur’s Lathe” by Sparey was a fantastic help to me in the early days and is thoroughly recommended.

Most of the engine was made on the Drummond, using the vertical slide for milling as I did not have a milling machine at the time.The construction of this model taught me about most aspects of using a lathe including dividing in the lathe.

Having made 75% of the governor mechanism with the original steel ball governor, I saw an example of this engine, on the Stuart stand at a model engineering exhibition, with their new design of governor which to my eyes looks far more authentic. I therefore included it on my engine.

I still have to finish the steam feed and exhaust pipework as I feel that a proper scale pipe with bolted flanges would be more in keeping with full size practice.

The Stuart castings were superb, and I bought the book "Building the Stuart No. 9" by Tubal Cain. The plans show the cylinder drain cocks on the side of the cylinder, but I took Tubal Cain's advice and put them underneath as they would surely have been there in full size practice.

The most fiddly bit of the whole project was the governor linkage and the throttle valve, which is best assembled by a strong spider !!

I would recommend this engine to anyone as a very satisfying engine to build with a genuine authentic look.

I am now considering my next engine - which shall probably be either a beam engine, a table engine or a vertical engine. All that depends on finding time in between building tools.

Steam engine enthusiasts should look at the Grenfell - Weaving the cloth page on this website to see the twin cylinder compound engine that the author of this website, ran during his late teenage years. A love of steam still exists. 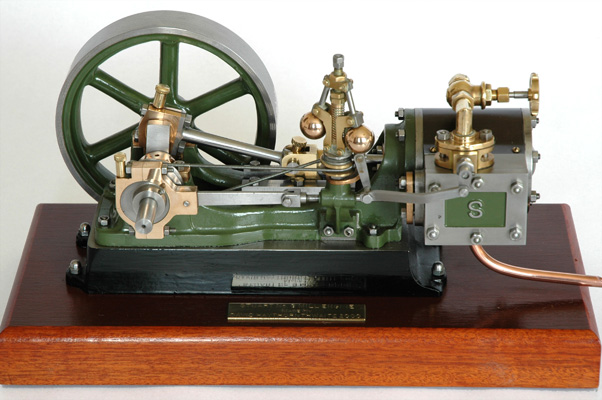 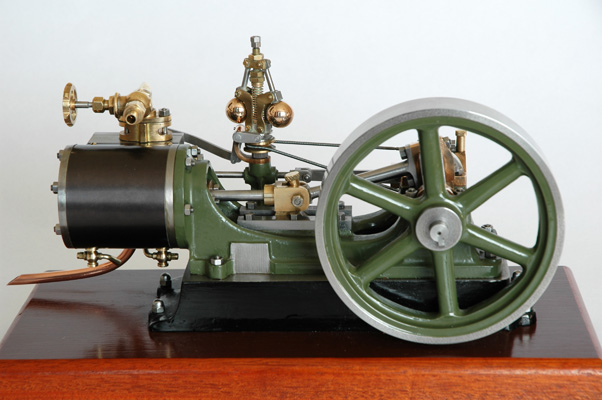 View From The Flywheel Side 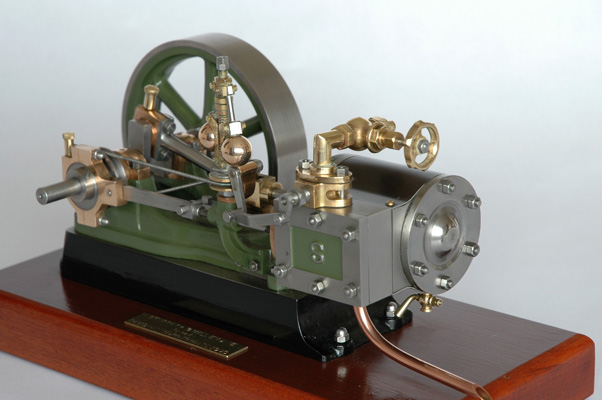 View From The Cylinder Cover 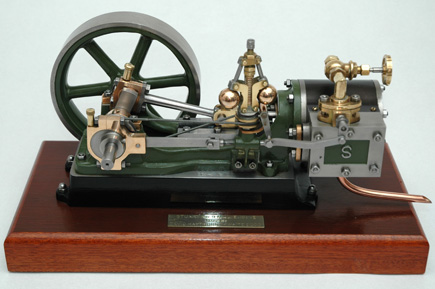 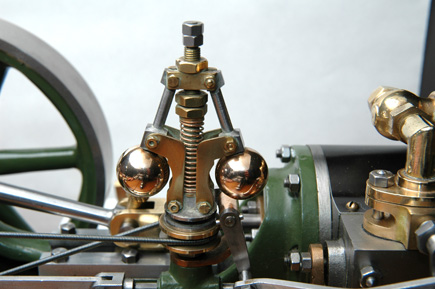 I Prefer This Governor to The Usual Steel One Supplied With The No. 9