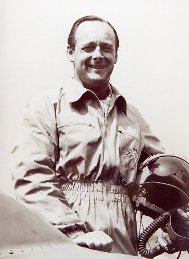 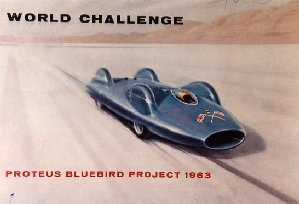 Grenfell cloth has been worn by the fastest men on land and water.
Captain George Eyston wore it when he achieved 367 m.p.h. in 1938. Stirling Moss drove for years in Grenfell cloth, as have many other stars of post-war motor sport.
Grenfell are particularly proud to have been associated with Sir Malcolm Campbell and his son Donald Campbell MBE, in both their land and water speed achievements. Sir Malcolm wore Grenfell racing suits for both his 1931 and 1935 records -the former at Daytona Beach, 246 m.p.h. the latter at Bonneville, 301 m.p.h.

Donald Campbell MBE, became the world's fastest man on land and water, in one year, in 1964, broke the world's land speed record at Salt Flats, Lake Eyre, Australia at 429 m.p.h. and later in the same year broke his own water speed record at Lake Dumbleyung, Western Australia with a speed of 276 m.p.h.
His highest water speed was 328 m.p.h. in his last, and fatal, run in Bluebird on Coniston Water, Cumbria, on the 4th January, 1967. He will be remembered as a brave Englishman determined to do his best for his country.

Wearing his Grenfell suit as he prepares for a record run on Coniston.