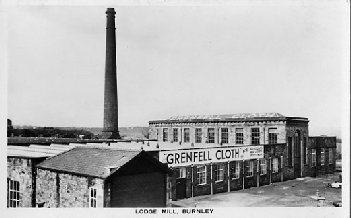 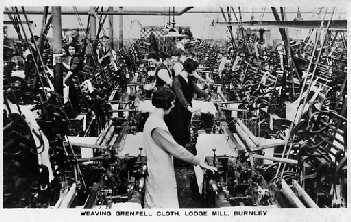 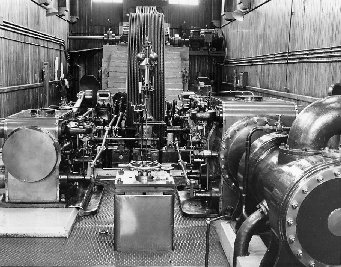 The Beginning of The Weaving Company

Thomas Haythornthwaite, returned from America in 1875, to become a Dairyman and Cattle Trader in Wavertree. In 1908 he opened a weaving mill, T.Haythornthwaite & Sons Ltd at Meadow Bank Mill, Brierfield along with his Son Walter. - Grandfather of David Haythornthwaite.

The mill prospered and in 1918 moved to larger premises at Lodge Mill Burnley where 750 looms were driven by a twin cylinder compound steam engine. The mill was mostly weaving lining materials until the fateful day in 1922 when Walter Haythornthwaite met Dr, - later Sir.Wilfred Grenfell.

Walter Haythornthwaite had been struck by those words from Doctor Grenfell "That you could not keep a statue warm by putting a fur coat on it. - Clothing must be windproof but must breathe." Walter set about making a fabric dense enough to keep out the wind and weather but permeable to perspiration.
The task was a difficult one. Special yarns had to be spun from the finest Egyptian Cotton. The looms had to be specially strengthened, but when the fabric was woven, further problems arose. The fabric was so naturally waterproof that it proved almost impossible to get the dye into the fabric.

At last the fabric was ready and it was sent out to Labrador as a gift to Doctor Grenfell. This was not a commercial venture at this stage and it was only when Doctor Grenfell wrote to Walter Haythornthwaite suggesting that the cloth should be available to the public that the story began to unfold. Dr.Grenfell suggested that it be called Grenfell Cloth and the marketing of this famous fabric began.